Recovery tips after getting an eyelid surgery


Blepharoplasty, or more commonly known as eyelid surgery, requires at least 4 to 6 weeks of recovery. There are certain restrictions and expectations adjusted during the recovery period, and it is important to follow all directions from your surgeon and attend post-op check-ups to ensure that the healing process is going well. Here are some tips to heal faster after eyelid surgery.

Have ice packs and pillows ready at home. Once you’re settled in your home or recovery area, stock on ice packs to reduce swelling. Elevating your head reduces the swelling, and pillows can help you achieve the level of comfort and elevation that you need.

Use eye drops to ease dry eyes. Your surgeon will most likely prescribe eye drops for when your eyes become dry post-surgery. Have the drops next to you at all times as you recover and use mild, hypoallergenic baby soap to wash sutures.

Avoid alcohol and smoking tobacco. Alcohol and tobacco delay the healing process. Taking medication not prescribed by your doctor is also a bad idea, as it could hinder or complicate the effects of the post-op medication you are taking.

Alton Ingram, MD is a reconstructive and plastic surgeon, focusing his practice on all cosmetic and reconstructive surgery except craniofacial. Currently based in Nashville, Tennessee, Dr. Alton Ingram is a member of the American Medical Association, American Academy of Cosmetic Surgery, and Tennessee Medical Association. For more articles like this, visit this page.
Posted by Dr. Alton Ingram MD at 1:25 PM No comments:


Every woman is different, in terms of the body’s response to healing from a breast augmentation. Variables of the procedure, such as the type of implants used, its size, and surgical techniques may also differ from doctors and patients. Since it is an invasive process, the recovery stage is very crucial in getting the most desirable results. Here are some tips that will aid a patient who has undergone a breast augmentation.

Wear your surgical bra as prescribed by your doctor. A surgical bra is meant to help your breasts heal well after the surgery. It will prevent scar tissue from forming, and it will hold your implants in the right position. It also helps your skin adjust to the new shape of your breasts. During the first three weeks post-operation, you will need to wear a bra with compression.


Get enough rest and don’t rush yourself to be active again. Getting an ample amount of rest is critical for a proper recovery. Doctors will warn you that returning soon to work or doing strenuous tasks not only lengthen your healing process but could increase the risk of bleeding and edema.

Keep the pain medication close by. The first four days after the surgery will be the toughest, most painful period that could cause much discomfort. Your doctor will prescribe medication to help alleviate the pain and increase numbness so it will be easier for you. Put these meds next to your bed, so you don’t have to get up each time you need to take some. Make sure to take it on time and only take prescribed pain medication.

Alton Ingram, M.D., is a reconstructive and plastic surgeon based in Nashville, Tennessee. His practice involves reconstruction and cosmetic surgery, with the exception of craniofacial surgery. For more articles like this, visit this page.
Posted by Dr. Alton Ingram MD at 2:46 PM No comments:

What To Expect After Facial Plastic Surgery

A lot of people want to have facial plastic surgery but are afraid of what can happen after the procedure. And such worry is felt not only by those who will be undergoing a facial plastic procedure for the first time but also by those who have heard about stories of botched surgeries are what could happen to them. Thus, it is important to talk to your doctor first to get all the facts straight. To help you with your inquiry, here are some events to expect after facial plastic surgery.

Expect a lot of swelling. This is perhaps the most uncomfortable side effect of facial plastic surgery. The areas where you were operated on will experience a great deal of swelling. This does, however, subside after a few days. Just follow your doctor’s orders and apply a cold compress to reduce the swelling. Also, keep yourself active as good blood circulation and staying upright can greatly reduce the swelling after a few days.

As the swelling subsides, it will be replaced by bruising and discoloration. This just means that the healing process is underway. This goes away in about 8 to 10 days and so will most discomfort.

Lastly, don’t expect to see the full results after the surgery. It can take months before you get accustomed to changes in your face. Avoid unhealthy diets, alcohol, and smoking for the time being to speed up the healing process and get the most out of your facial plastic surgery.

Dr. Alton Ingram is a Nashville, Tennessee-based plastic surgeon whose practice focuses on all kinds of cosmetic and reconstructive surgery, except craniofacial surgery. He has published articles in peer-reviewed journals on human anatomy, surgical techniques, medical devices, finance, and law. For more insightful reads on facial plastic surgery, visit this page.
Posted by Dr. Alton Ingram MD at 12:03 AM No comments:

What Is a Mommy Makeover And What Are Its Benefits?

A mommy makeover is a combination of procedures to help mothers restore the shape and appearance of their bodies, recapturing how they looked prior to having a baby. The goal is to make women regain confidence in their looks and feel younger and happier as they bring up their child.

This series of surgeries is meant to regain desired contours in areas affected by pregnancy and child birth, from the breast and abdomen areas to the thighs and hips. The usual first procedure is the tummy tuck, helping a mother get rid of stretched skin after she gives birth. A tummy tuck is often followed by breast augmentation or a breast lift. In most cases, both surgeries are performed as part of a single-stage procedure.

The techniques used for a mommy makeover varies from surgeon to surgeon, but important factors in identifying the best include the mommy’s desired type of implant, the placement of the incisions, and the amount of restoration she expects.

The procedures in a mommy makeover usually entail a breast lift or breast augmentation, buttocks enhancement, liposuction, and a tummy tuck. Good candidates are those near their ideal body weight, are in good medical health, and are finished with with childbearing. Recovery and healing will take several weeks, and patients are expected to abide by the instructions of the plastic surgeons and attend scheduled follow-up visits.

The biggest milestones in Habitat for Humanity’s history

For over half a century, business owners, medical professionals, architects, celebrities, and countless other people have supported Habitat for Humanity resulting in many great humanitarian efforts around the world. It all began when the Jordan and England families founded a community outside of Americus, Georgia called Koinonia Farm in 1942. From then on, the community had steadily grown and generated support from all over.

In 2017, former U.S. President Jimmy Carter began the group’s second largest development in Edmonton, Canada. The project was a duplex and a part of the 150 homes being built in Edmonton and Fort Saskatchewan with the help of over 1,000 daily volunteers.

In 1968, the partnership housing and Fund for Humanity were created. The concept of partnership housing revolved around creating proper homes and shelters by working side-by-side with volunteers who would build these affordable homes. These houses would be built at no profit whatsoever.

And in 1999, the Jimmy Carter Work Project under Habitat for Humanity launched its biggest project ever in the Philippines. The endeavor united 14,000 volunteers from 32 countries to build 293 homes.

Dr. Alton Ingram focuses his practice on all kinds of cosmetic and reconstructive surgery except craniofacial surgery. In the past, Dr. Ingram had worked with Operation Smile, Doctors Without Borders, Habitat for Humanity, and The Viennese Opera Ball of New York City as a member of its Benefits Committee. For more on Dr. Ingram’s work and philanthropic endeavors, visit this page.
Posted by Dr. Alton Ingram MD at 6:17 AM No comments:

When To Consider Getting a Blepharoplasty

Blepharoplasty, which is often referred to as eyelid surgery, is a cosmetic procedure done to repair droopy or sagging eyelids or bags under one’s eyes. It may involve removing excess muscle, fat, and skin that forms when the muscles supporting the eye weakens, and the eyelids stretch as one gets older.

Blepharoplasty can also help in recovering diminished peripheral or side vision, which can occur when the skin around the eyes weaken and sag. Of course, aside from helping recover vision, the procedure will help in making the eyes look younger. It likewise eliminates crow’s feet, puffy eyelids, and dark circles around the eyes. 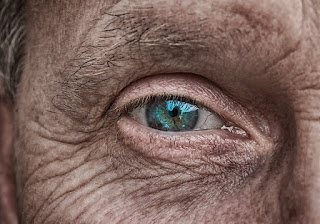 The procedure can be done alongside other cosmetic surgery appointments such as a facelift or a skin resurfacing. If blepharoplasty is considered because of impaired vision, it may even be covered by your insurance. However, if the surgery is done purely for enhancing your appearance, without your surgeon’s supporting diagnosis and documents, the cost is not.

Before your eyelid surgery, you'll have to undergo a physical examination that may include testing your tear production. Your surgeon will likewise examine your overall vision for the possibility of the abovementioned insurance claim. Finally, your eyes will be photographed from various angles to aid in planning the surgery and help your surgeon assess short- and long-term effects. 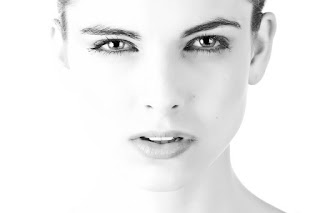 Dr. Alton Ingram focuses his practice on all kinds of cosmetic and reconstructive surgery with the exception of craniofacial surgery. He is currently based in Nashville, Tennessee. For similar reads, visit this blog.

What Is a Gluteal Augmentation Procedure And Why Consider Having One

More commonly known as buttock augmentation, gluteal augmentation is done to improve the contour, size, or shape of the buttocks. The procedure involves using buttock implants, fat grafting, or sometimes a combination of both.


Buttock implants are silicone-filled and are surgically placed deep within the tissues of the buttock. This process, sometimes called Brazilian Butt Lift, works by moving fat from one body area to the buttocks and grafting it into the tissue. A gluteal lift improves the shape and tone of the underlying tissue that supports skin and fat in the buttock area. .

Aging, pregnancy, significant fluctuations in weight, sun damage, and genetic factors may lead to sagging buttocks due to the poor tissue elasticity. A gluteal augmentation surgery increases the fullness, roundness, and projection of buttocks, thus enhancing your self-image and self-confidence. 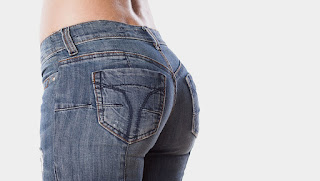 Keep in mind that a buttock lift is not the only procedure that can make one’s buttocks more voluminous. People can choose to have a buttock implant or have auto-augmentation (this procedure is one where some tissue is deliberately kept underneath) to shape their buttocks. Sometimes an accompanying liposuction procedure is even suggested by one’s surgeon for better contouring..

Dr. Alton Ingram is a plastic surgeon based in Nashville, Tennessee. He specializes in all kinds of cosmetic and reconstructive procedures, except craniofacial surgery. For more insights on cosmetic procedures, visit this website..
Posted by Dr. Alton Ingram MD at 10:35 PM 1 comment:

Dr. Alton Ingram MD
Dr. Alton Ingram is a Nashville, Tennessee-based plastic surgeon whose practice focuses on all kinds of cosmetic and reconstructive surgery, except craniofacial surgery. Raised in Baton Rouge, Louisiana, he studied mathematics and philosophy at Yale University. He then moved to Dallas, Texas, where he attended the University of Texas Southwestern Medical School to obtain his medical degree.